We all know that compound lifts are important to training. But it’s also important to add variety to your workouts. In this article, we will go over 3 exercise variations that you can add to your strength training routine. These exercises are not only great for those looking to shake up their workouts, but also for those who may not have a barbell lying around in their home gym setup.

Sorry to disappoint you, but despite the title, this article has nothing to do with the late-night TV fitness gimmick Shake Weight. Instead, we’ll be exploring ways to switch up some of the most common strength training exercises.

Doing so alters the stimulus in a way that can help you bust through a plateau, expose technique errors that you can then remedy, or simply alleviate the boredom of a routine you’ve been following for too long.

Certainly, consistency is key when it comes to getting results and reaching goals, but sometimes keeping the fundamentals the same while adding a little variety can be just the thing to help you progress.

The Lowdown: I got the idea for this one during a recent interview with legendary strength coach Dan John.

In that conversation Dan mentioned that one of the flaws in many people’s training is that they only train on one level.

For those who utilize machines a lot, this is probably sitting down. For others, it’s standing up. Dan believes that one of the best ways to make your training more functional – in the literal sense, not just a fitness industry buzzword – is to vary the levels at which you move.

This got me thinking about how I usually perform overhead presses.

For a time, it was all about using a barbell for push presses. More recently, it’s been a standing single-arm kettlebell press. After talking with Dan, I went out to the garage, looked at my minimal set-up, and thought about how I could change up my pressing.

Eventually I settled on continuing to perform a single-arm kettlebell press but doing so from a tall kneeling position.

Even though I dropped the weight considerably, the next day my obliques were on fire, likely because of the added stabilization demand created by taking my legs out of the equation.

There also seemed to be more tightness in my scapulae despite mobilizing afterward, which was likely a result of needing to keep my torso under greater control than when standing.

After doing this variation twice a week for a month, my form and power in the regular standing position were much improved, and I found that I’d stopped doing the little knee dip that used to creep into the last few reps.

Here is a video example we found on youtube:

The Lowdown: This change-up was a matter of necessity rather than choice.

When my family moved to a new house earlier this year, I sold my squat rack because it wasn’t tall enough and I figured I could just buy one with higher uprights once we’d settled in.

Then the pandemic hit and every supplier sold out. Not wanting to neglect the overhead pulling pattern, I started pondering where I could do some makeshift pull ups a couple of times a week.

Then it hit me: the monkey bars at my kids’ old elementary school.

Now we play basketball for an hour or so and I intersperse plyometrics (using rim touches with either a one or two-footed takeoff) with pushups and pullups.

Because of the way the playground is configured, there isn’t an opportunity to do regular pullups or chinups. The only option is to grab a monkey bar in each hand with my palms facing each other and then do the necessary.

The grip demands of this neutral variation are quite different to those of a regular pullup, and I find that most of the tension afterward is on the lateral side of my forearm as I’m probably over-gripping with my pinkies.

Trying to maintain a hollow hold position throughout the exercise brings the glutes and abs into the equation, and the outside of my shoulders feel blasted later because of the extra load on the deltoids.

Whereas the head of the biceps is usually taxed with a regular pullup, it’s the outer portion of the muscle that bears the brunt with the neutral kind. Want to really challenge yourself?

Add in a three to five second hold at either the top, middle, or bottom point of the exercise.

The Lowdown: OK, if you’re able to pull a massive amount of weight off the floor, you might raise your eyebrows at this one. But bear with me for a moment. A traditional barbell is certainly one of the best compound exercises there is and enables you to move a greater load than other iterations. But for all its merits, there is a case to be made for sometimes adding in some lighter reps with a kettlebell.

As frequent TrainHeroic contributor, chiropractor, and Dad Strong author Travis Jewett once explained to me at a course he was teaching for The Ready State, a regular deadlift emphasizes the outer seam of your hamstrings, which are actually weaker than those on the inner side.

This is why when he has competed, he uses a sumo deadlift variation, to harness those mighty medial hamstrings. Plus, if you’re helping a buddy move, lifting all those boxes in and out of a U-Haul truck is going to require you to emphasize this area, so there’s some real-world application here too.

To make the kettlebell deadlift more challenging, you can exaggerate the eccentric portion of the exercise by taking five or more seconds to lower the bell back to the floor. Still convinced that you need more weight?

Then warm up with the kettlebell before progressing to the sumo barbell deadlift. 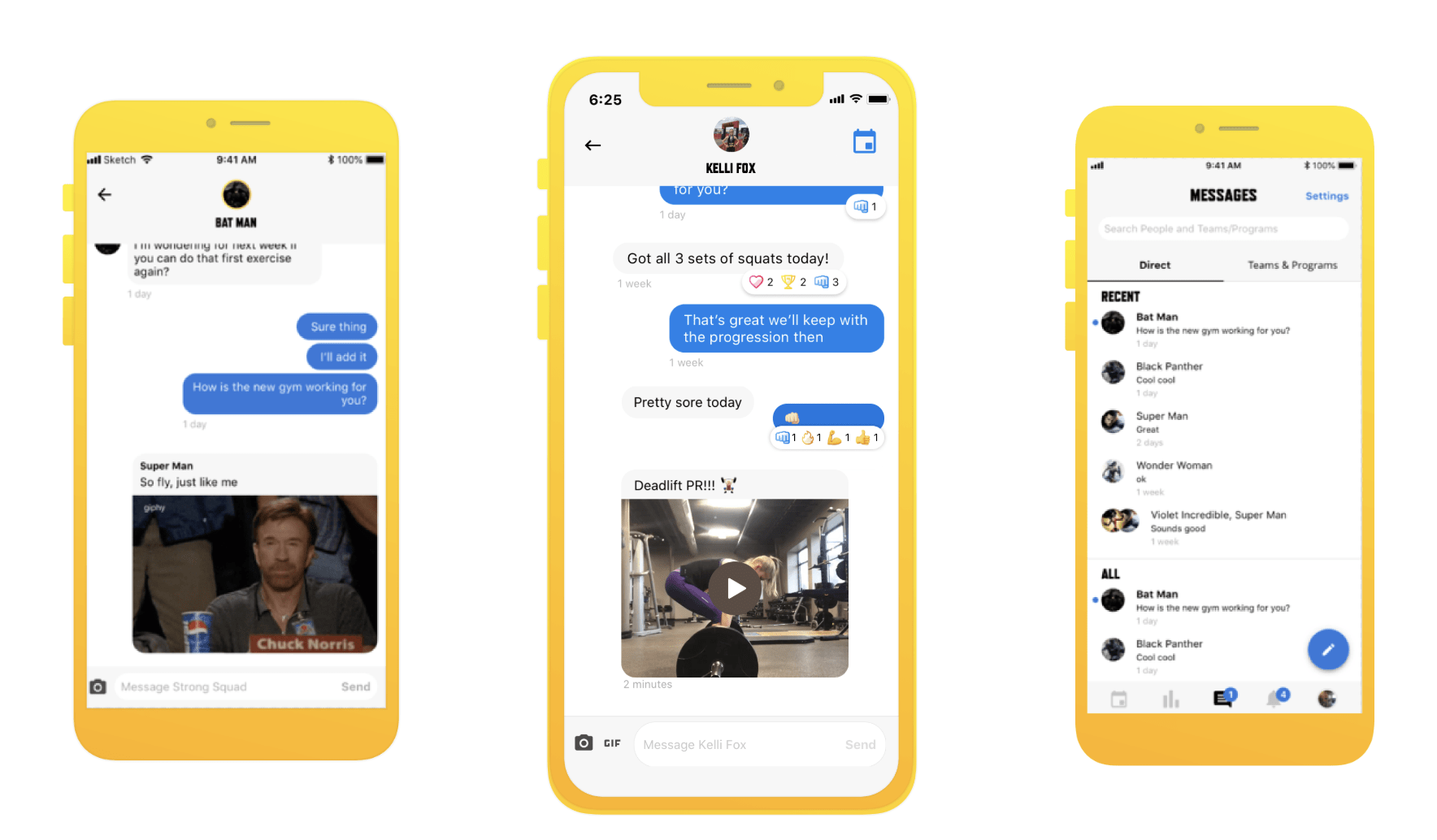